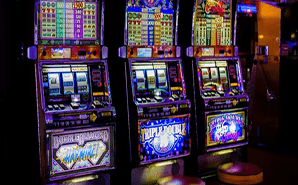 It can be easy to get caught up in the excitement of the online gaming world playing slots and table games without even thinking about where the software comes from. Yet, if you tend to enjoy a couple of specific slot games above others, you may have a favorite developer and not even realize it! There are several great creators out there that you should get to know which is why we made this list of terrific software companies.

One of the largest gaming suppliers, Playtech creates cutting-edge games and is always working to be "best-of-breed." They have around 5k employees, offices in 17 different countries, and 140 global licensees. The company was founded in Estonia back in 1999, and they are responsible for many popular virtual casino games, sports games, live dealer games, and more. They are the creators behind Age of Gods, Buffalo Blitz, and Beach Life. 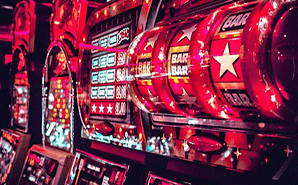 When it comes to premium solutions, NetEnt is on top. Plus, they have also acquired Red Tiger, expanding their reach. Some of their games include the newly released Imperial Riches and Conan. NetEnt has pooled jackpot games as well as a live casino offering. Imperial Riches and Twinn Happiness are two of their most popular slot games. There is also an Ozzy Ozbourne game currently in the works.

Betsoft has been one of the leading slot developers for over a decade, and they are known for their high-quality outputs. They released their first slot title in 2010, and they have been producing hits ever since. Some of their most loved games include Fruit Bat Crazy, Bamboo Rush, and Viking Voyage. Fans can expect Take the Bank and Caishen's Arrival to hit the casinos soon.

Since 2013, Yggdrasil has been providing great products for the top casinos. They are a well-respected company that has won an International Gaming Award for Innovator of the Year. They are the company behind Sahara Nights, Tesla's Incredible Machine, and Yokozuna Clash. They also have hundreds of other games people regularly enjoy. They will be releasing Lilith's Inferno soon, and recently released the Racing Lovers slot game which became an instant classic.

This Australian company has created a strong brand in the gaming world. They have cornered markets in the U.S., South Africa, Japan, and Russia. Their games include 5 Dragons, Big Ben, Dolphin Treasure, Buffalo Gold, Cash Explosion, Coyote Queen, and Lucky Count. You can find Aristocrat slots in land-based and virtual casinos. They even have a Britney Spears game!

Now that you know more about the creators of your favorite games, you may be able to find even more slots to enjoy. Slot developers are working hard to bring you the fun!